Page 9
... entered the carriage , went to Devadattā ' s house , got out of the carriage
again and entered Devadattā ' s house . The courtesan Devadattā saw the
caravan leaders ' sons approach , became glad and joyful , rose from her seat ,
went seven ...
Page 10
... the Nandā lotus pond , got out of the carriage , went into the pond , plunged
into the water , splashed one another , and after bathing in the company of
Devadattā went out again and , betaking themselves to the pavilion on posts ,
entered it .
Page 272
... seventh hell . A striving Sāmānika became determined when he heard this
Pundarīka teaching from Gautama . He entered into Tumbavana and was
conceived in the womb of Dhanagiri ' s wife Sunandā , and became the ten -
Purvaholder ...

Great set of Jain stories. Has some good descriptions and commentary on cultural information, too. A little heavy for a "fun read", but generally worth it. Read full review 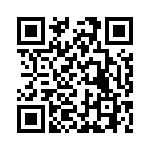