Page 102
Chapter j4 In like manner hee served an Horse-courser at a faire called Pheiffring
, for Doctor Faustus through his cunning had gotten an excellent fayre Horse,
whereupon he rid to the Fayre, where hee had many Chap-men that offered him
...
Page 145
Bowers, Fredson, 'Marlowe's Dr Faustus: The 1602 Additions', Studies in
Bibliography, xxvi (1973), 1— 18. Bradbrook, M. C, 'Marlowe's Dr Faustus and the
Eldritch Tradition', in Essays on Shakespeare and Elizabethan Drama in Honour
of ...
Page 146
'Dr Faust us' : A Casebook (London, 1969). Keefer, Michael H., 'Verbal Magic and
the Problem of the A and B Texts of Doctor Faustus', Journal of English and
Germanic Philology, lxxxii (3X1983), 324-46. Kelsall, Malcolm, Christopher
Marlowe ... 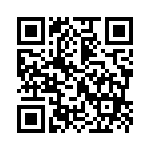