Page 2
... and the late Lord Frederick Camp- bell , the executrix and executor of Lord Orford , and by them de- livered to the late Lord Hugh Seymour , by whose representatives it was given up , unopened and unsealed , to the present Earl of ...
Page 248
late Mr. Oliver Cromwell , of Cheshunt , Herts , was the last of the male lineal descendants of the Protector , being great - grandson of Henry Cromwell , Lord Lieutenant of Ire- land . He had a son named Oliver , who , together with ...
Page 304
An Account of the Re - measurement of the Cube , Cylinder , and Sphere , used by the late Sir George Shuckburgh Evelyn , in his Enquiries respecting a Standard of Weights and Measures . By Captain Henry Kater .

37 other sections not shown 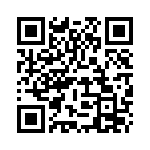