This is a well-crafted, useful little book.

Rear Admiral Dr. S. Kulshrestha (Retd.), Indian Navy, is an alumnus of Jodhpur University with Gold Medal in Solid State Physics in his Post Graduation. He joined Indian Navy in the year 1975 and was awarded Silver Medal at the Naval Academy, the Telescope and the Sword of Honour for being adjudged the best Naval Officer during initial training. He did his specialization in Quality Assurance of Naval Armament and adorned various key appointments at Naval Command Headquarters, DRDO establishments, Ordnance Factories and finally rose to become the Director General of Naval Armament Inspection (DGNAI) at the Integrated Headquarters of Ministry of Defence (Navy).

During his career spanning over three decades in the Armament Quality Organisation in the Indian Navy, he has gained and attained a thorough knowledge of Quality Assurance of sophisticated naval armament, Quality Management Systems, Project Management, Negotiation on technical as well as financial subjects and administration of defense as well as the civilian workforce. As DGNAI, he was directly responsible for the timely availability of reliable and safe naval armament (which are sophisticated complex systems, comprising of mechanical/ electrical/ electronic/ chemical components/ mechanisms/ circuitry) to the operational fleet of the Indian Navy.

As part of self-development, he has been engaged in the study of strategic aspects of the acquisition of Nanotechnology in India by both the public and private sector, with specific relevance to National Security issues. He has two MPhil degrees pertaining to nanotechnology and associated issues from Mumbai and Chennai universities and has a Doctorate from ‘School of International Studies’ at the Jawaharlal National University (JNU). He is also an alumnus of the prestigious National Defence College (NDC).He has superannuated from Indian Navy in 2011 and is currently unaffiliated. He has been writing in defense journals on issues related to Armament technology and indigenization. He is a Senior Fellow of New Westminster College, Vancouver, Canada, as well as an integral member of “Brains Trust” at Hindustan University Chennai, India. 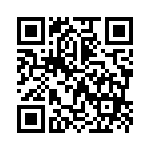