----
25 years on...Nellie still haunts
by Hemendra Narayan-
Some events in history just refuse to fade from public memory. The
partition of India and Pakistan, for instance. That bloody event in
history continues to inspire several novels, academic studies and even
films — even now. But there are some dark chapters in independent
India's history that many people — protagonists, by-standers and even
those who had nothing to do with the event per se — want buried in the
sands of time. The infamous Nellie massacre in Assam in 1983 is one
such gory episode.
There are conflicting figures about exactly how many people — women,
infants and men — were killed on that fateful day of 18 February 1983,
but no one disputes the fact that at least 2,000 people lost their
lives. For years, the Nellie massacre became a metaphor for everything
that has gone wrong with Assam over the past three decades. Those who
worry about the unabated influx of foreigners from across the
international border say Nellie was a manifestation of the pent up
anger among the indigenous people.Others, apologists for the migrants, portray the victims of the Nellie massacre as just that — victims.
But the reality of the violence of that day and several days preceding
it lies somewhere in between. And bringing that to the fore is
reporter, Hemendra Narayan, now with The Statesmen but who 25 years
ago was with The Indian Express. He was one of three journalists to
witness the carnage first hand. For a quarter century, he carried the
memories of that particular day with him but finally decided to come
out with a small booklet detailing the events of that day. It was as
if he was liberating himself after such a long gap. A catharsis in a
way for Narayan the human being, if not Narayan the reporter!
The writer, I am sure, in 25 Years on... Nellie still haunts, had no
intentions of opening any old wounds or hurting anyone. But it can be
said that the Nellie massacre still remains a deep wound on the
collective psyche of Assam! Narayan has indeed recounted the events of
that period with some objectivity and with the benefit of hindsight
In the "slim publication", as BG Verghese describes it, says in the Foreword, "Narayan has recalled various versions on offer,
including his own of what happened on 18 Februrary, 1983. The
narrative reads like the Japanese play, Rashmonon."
Narayan has indeed included an array of material in an attempt to give
all possible sides to the real story of Nellie. He has his own
dispatch of that day as the starting point. It includes a memorandum
by the Lalung Darbar, presented to Indira Gandhi, who in many ways
should be blamed for creating the circumstances that led to the Nellie
massacre. The Lalungs, who are often portrayed as aggressors of that
day, have stoutly denied their hand in the violence. Then there are
documents, both official and non-official, as also the Election
Commission's logic in holding the elections that ultimately resulted
in unleashing the violence that culminated in Nellie.
Like a true reporter, Narayan has attempted to raise the real
question: What is the real truth of Nellie? Like many events in
independent India's history, the correct answer will never be known —
not at least in our lifetime, as Tribuhwan Prasad Tewary, who
conducted an official enquiry into the massacre (and whose report has
never been made public), told Narayan.
But in writing and publishing an account of Nellie, 25 years after it
happened, Narayan has done a signal service to historians and students
of contemporary history. The mystery of Nellie will never be
completely solved but at least, through Narayan's efforts, each of us
can make an attempt to find our own little answers.
—---

The main piece of the book is more of personal impression of the author, than a hard news story by a professional. Hemendra Narayan, the journalist -- who more by instinct than design -- becomes a witness to the terrible mayhem of February 18, 1983, in central Assam. The traumatic incidents at Nellie still haunt him, and it comes out unmistakably in the chapter - Woman in the Green Sari. The woman, who had seen death all around and escaped, produced a 'surreal scream'; he says -- and adds, "The horrific images are still stuck in my mind."
The magnitude of death and destruction that unfolded before them in an open clear picturesque setting - they were three media persons - would have overwhelmed anyone. It was an eerie setting because of the 'kill-burn-slay' psychology of the hundreds of armed men.By all accounts it was daring and brave for the journalists.
The February 1983 Assembly elections were held to fulfill a Constitutional 'obligation'. The logic was that the polls could not be stopped because the President Rule could not be extended beyond one year, and that deadline was fast approaching. The supporters of movement against 'foreign' nationals were not only boycotting, but opposing the elections aggressively as well.
As the election(s) process got going, "It was a strange scenario across the Brahmaputra valley -- right from Dhubri to Dibrugrah; depending on the population profile -- the killing lust had surcharged the atmosphere," the slim publication says in its preface.
The toll around Nellie villages officially stood at 2,191.
Mr B G Verghese, doyen of Indian journalism -- who has a special interest on the affairs of the North–East, says in his foreword remarks, "India must care and ponder over what happened, and we must all learn our several lessons as distinctive groups, wider communities, the Government..."
The booklet, apart from being of interest to journalists even 25 years on -- should be of relevance to the students of contemporary history. Some of the documents used helps in understanding the overall situation of Assam in proper perspective. The documents in the publication, which includes that of the Lalung Darbar, the Election Commission and the report of the non-official Justice Mehta Commission, would be of great significance for some one, studying tumultous period of Assam and Indian history.
Prerna 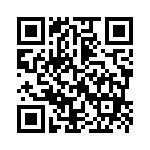