Your search - intel - did not match any documents.

Try this search over all volumes: intel

The popularity of John Dewey, American pragmatist philosopher and education reformer, has largely waned. But during his 90+ years of life, he was one of the most famous public intellectuals alive ... Read full review

This was an interesting little book. It would have been very useful to me in my early education courses. Read full review

John Dewey was born in 1859 in Burlington, Vermont. He founded the Laboratory School at the University of Chicago in 1896 to apply his original theories of learning based on pragmatism and "directed living." This combination of learning with concrete activities and practical experience helped earn him the title, "father of progressive education." After leaving Chicago he went to Columbia University as a professor of philosophy from 1904 to 1930, bringing his educational philosophy to the Teachers College there. Dewey was known and consulted internationally for his opinions on a wide variety of social, educational and political issues. His many books on these topics began with Psychology (1887), and include The School and Society (1899), Experience and Nature (1925), and Freedom and Culture (1939).Dewey died of pneumonia in 1952. 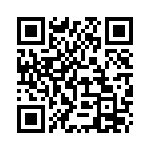