Kancha Ilaiah, a passionate social activist and author, is a Professor at the Department of Political Science, Osmania University. He is a major figure in the ideological movement against the Indian caste system and has been instrumental in internationalising Dalit–Bahujan issues. He was born into a Kuruma Golla (an ‘other backward caste’) family and grew up in a small South Indian village. A prolific writer, he has authored several books and regularly contributes articles to national newspapers and magazines. His book Why I am not a Hindu—A Sudra Critique of Hindutva Philosophy, Culture and Political Economy (1996) is a bestseller. He has also authored God as Political Philosopher: Buddha’s Challenge to Brahminism, The State and Repressive Culture, Manatatwam (in Telugu), Buffalo Nationalism: A Critique of Spiritual Fascism, Turning the Pot, Tilling the land: Dignity of Labour in Our Times and The Weapon of the Other: DalitBahujan Writings and the Remaking of Indian Nationalist Thought. 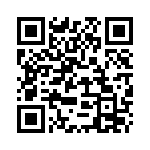