Page 181
crews , have been the last in which galeasses were used ) , the success or failure of which was perhaps fraught with results more grave than had been any service upon which galley's had been engaged from Salamis onwards .
Page 296
And then , again , the result of George Eliot's assiduous industry is such , that perhaps no more vivid , faithful , and better outlined picture of rural England at the time of the Reform Bill , with its all - powerful aristocracy ...
Page 340
And it would perhaps be stretching sentiment too far to expect them to be . is not a lovable beast . I have seen them , huge ones , lying on a mud - bank , " like a forest tree , basking in the sun , " as Mary Howitt says , or moving ... 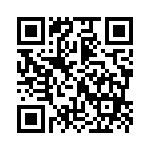