Page 67
It was near eleven o'clock when he got home , and we was all wondering what kept him so late . He said he could have stayed there all night , but was afraid some of them would see him , and you know they don't like to be watched .
Page 174
The late Sir Walter Besant , in “ The Captain's Room , " tells a delightful story with respect to the picking up of a bottle messenger by a country craft on her way from Calcutta to Moulmein . A slender roll of paper , tied round with a ...
Page 269
The only son of William l'Anson of Islington was the late William Andrew l'Anson , of Arthur's Hill , Newcastle - on - Tyne , M.R.C.S. England and L.S.A. , who died April 4 , 1872 , and whose second and younger son , William Andrew ... 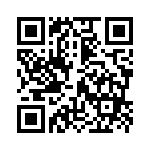