Assalamualikum warahmatullah,
Dear Brother/SisterPlease correction the Suras or Chapters Quantity.
Please see this as soon as possible.
May Allah bless you. 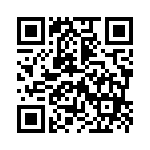