Page 167
Parturit <a/mu*> omnis ager, &c <325-7, 330> But, be all this as it will, it is certain,
that whatever may be thought of this Fable in a theological or philosophical View,
it is one of the most beautiful Pieces that ever was produc'd by Poetry. Neither ...
Page 265
The History or Fable received in Homer's Time imported, that Sarpedon was
interr'd in Lycia, but it said nothing of his Death. This gave the Poet the Liberty of
making him die at Troy, provided that after his Death he was carry'd into Lycia, ...
Page 591
FABLE. INDEX OF ARTS and SCIENCES The first Number marks the. The great
Moral of the Iliad, that Concord, among Governours, is the preservation of States,
and Discord the ruin of them: pursued thro' the whole Fable. The Anger of ... 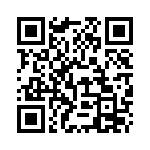