Richard Stoneman was formerly Publisher of Classics at Routledge. Now an Honorary Fellow in Classics at the University of Exeter, his many books in the field of classical antiquity include Land of Lost Gods (1987), Palmyra and its Empire (1993), A Traveller's History of Turkey (1993) and Alexander the Great: A Life in Legend (2007), which was named by CHOICE mazagine as an Outstanding Academic Title for 2008. 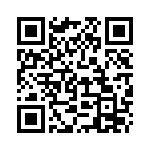