Page 14
According to Dayananda , in that period the deity was worshipped in the form of
an abstract Absolute – something the Arya Samaj ritual tried to restore - and ,
above all , no system of hereditary endogamous castes , the jatis , was admitted .
Page 26
56 According to Savarkar ' s biographer , ' Savarkar ' s Mazzini was the first book
to enjoy an uncommon popularity in Maharashtra ' ( D . Keer , Veer Savarkar , op
. cit . , p . 34 ) . E . Fasana , ' From Hindutva to Hindu Rashtra : the social and ...
Page 427
While entering Uttar Pradesh clandestinely with other kar sevaks , he met a group
of women who , according to him , came from a village , were uneducated and
between 35 - 40 years old . The youngest asked him , in a forthright manner , for ... 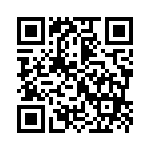