STIG STENHOLM, PhD, was Professor of Laser Physics and Quantum Optics at the Royal Institute of Technology, Stockholm, up until his retirement in 2004. He previously held positions at the University of Helsinki and the Academy of Finland. His research interests include laser physics and spectroscopy, quantum optics, laser-induced atomic and molecular processes, quantum information, and quantum dynamics.

KALLE-ANTTI SUOMINEN, PhD, is Professor of Physics at the University of Turku in Finland. He previously worked at the Helsinki Institute of Physics and the University of Oxford. His current research concentrates on field-induced quantum dynamics in atomic and molecular systems, cold atomic collisions, and Bose-Einstein condensates of atoms and molecules. 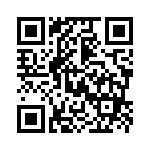