Jats are both aryan indo europian and indo scythian.. mention both the points. Mention the jat hisory accuratly . U should be responsible..

Christophe Jaffrelot is research director at the Centre National de la Recherche Scientifique (CNRS) in Paris and teaches South Asian politics and history at Sciences Po (Paris), where he served as director from 2000 to 2008. Arguably one of the world's most respected writers on Indian society and politics, he has published many works, including "The Hindu Nationalist Movement and Indian Politics, 1925 to the 1990s"; "India's Silent Revolution: The Rise of the Lower Castes in North India"; and "Dr. Ambedkar and Untouchability: Fighting the Indian Caste System. 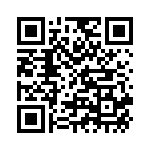