Page 195 - I believe in God. I'm not a religious fanatic. I can't remember the last time I went to church. My faith has carried me a long way. It's Sheilaism. Just my own little voice.
Appears in 61 books from 1956-2008
Page 71 - The mores of the society have indeed changed so radically in regard to cohabitation that we cannot impose a standard based on alleged moral considerations that have apparently been so widely abandoned by so many.
Appears in 51 books from 1961-2005
More
Page 48 - ... culture, and it will change the political structure only as its final act. It will not require violence to succeed, and it cannot be successfully resisted by violence.
Appears in 33 books from 1968-2007
Page 43 - They presuppose a type of man who rejects the performance principles governing the established societies; a type of man who has rid himself of the aggressiveness and brutality that are inherent in the organization of established society, and in their hypocritical, puritan morality; a type of man who is biologically incapable of fighting wars and creating suffering; a type of man who has a good conscience of joy and pleasure, and who works, collectively and individually, for a social and natural environment...
Appears in 15 books from 1964-2005
Page 209 - ... adjust" to supposedly common societal standards. This does not mean that anything goes, that all behavior is socially acceptable. But traditional delinquency policy has proscribed youthful behavior well beyond what is required to maintain a smooth-running society or to protect others from youthful depredations.
Appears in 18 books from 1657-2007
Page 173 - Because adults take the schools so much for granted, they fail to appreciate what grim, joyless places most American schools are, how oppressive and petty are the rules by which they are governed, how intellectually sterile and esthetically barren the atmosphere, what an appalling lack of civility obtains on the part of teachers and principals, what contempt they unconsciously display for children as children.
Appears in 77 books from 1891-2007
Page 27 - Daniel Bell, The Cultural Contradictions of Capitalism. New York: Basic Books, 1976, p.
Appears in 389 books from 1934-2008
Page 7 - The good and the notables will then be satisfied, for they will not be governed by men who are their inferiors, and the persons elected will rule justly, because others will call them to account. Every man should be responsible to others, nor should any one be allowed to do just as he pleases; for where absolute freedom is allowed there is nothing to restrain the evil which is inherent in every man.
Appears in 32 books from 1885-2007
Page 46 - Similarly, intellectual freedom would mean the restoration of individual thought now absorbed by mass communication and indoctrination, abolition of "public opinion" together with its makers. The unrealistic sound of these propositions is indicative, not of their Utopian character, but of the strength of the forces which prevent their realization. The most effective and enduring form of warfare against liberation is the implanting of material and intellectual needs that perpetuate obsolete forms...
Appears in 32 books from 1965-2006
Less 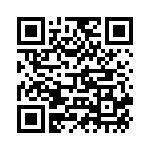