An amazing read! Incredible! Thank you, Trish, for recommending it. I look forward to reading the remaining stories. So strange - he wrote the first three books and part of the fourth before he died ... Read full review

I think I'm one of the last people in the world to finally break down and read these books. The Girl With a Dragon Tattoo was a perplexing start. The first 100-150 pages were extremely difficult to ... Read full review

Prior to his sudden death of a heart attack in November 2004, Stieg Larsson finished three detective novels in his Millenium series. Before his career as a writer, Stieg Larsson was mostly known for his struggle against racism and right-wing extremism. In the middle of the 1980s he helped start the anti-violence project "Stop the Racism". This was followed by the founding of the Expo foundation in 1995. In 1999 he was appointed the chief editor of Expo, a magazine published by the organization.

Reg Keeland is a pseudonym used by freelance literary translator Steven T. Murray, who was born in Berkeley, California on October 7, 1943. He attended Stanford University and studied abroad in Germany and Denmark. In 1972 Murray earned a BA in Creative Writing from California State University, Hayward. He has won many awards for his English translations from mainly German and Scandinavian works of fiction, including Stieg Larsson's bestselling Millennium trilogy. 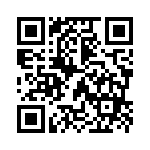