THE GLASS CAGE: Automation and Us

Serious technophobic exploration of the dangers of machines superseding the role of humans in the workforce.Technology journalist and Pulitzer Prize finalist Carr (The Shallows: What the Internet Is ... Read full review

Nicholas Carr is the author of The Shallows: What the Internet Is Doing to Our Brains, a 2011 Pulitzer Prize nominee and a New York Times bestseller, as well as two other influential books, The Big Switch: Rewiring the World, from Edison to Google (2008) and Does IT Matter? (2004). His books have been translated into more than 20 languages. (www.nicholascarr.com) 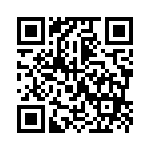