Page 466
First known Amphibians ( Labyrinthodonts ) . or Sauropus Beds . Footprints , Sauropus , Thenaropus . Dinichthys Beds . Dinichthys , Acanthodes , Bothriolepis , Chirolepis , Cladodus , Dipterus , Titanichthys . Devonian .
Page 511
The wall of the cell , probably composed of known in history of . Three such plates , presents , in optical section , indications of brothers of the name have all played a worthy part in their existence . At 2 F there is shown the outer ...
Page 611
At is a native of Central America , and is known to botanists the beginning of the present century it began to be used as Manihot Glaziovii . In 1876 a large quantity of seeds in the treatment of woven fabrics , for air - tight and and ... 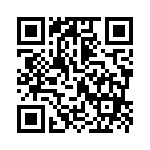