Page 146
However this may have been , the consequence of the fact having become known to Professor Mohs at so late a period is an avowal that the theory of the forms in which one of the axes of the octaëdron with scalene triangular faces is ...
Page 205
... but the same , and we grow old , looking year by year on faces , we have always known , and with whose loves and hates , fortunes and afflictions , we are more or less mingled up , nay a part , as it were , till we die .
Page 394
though he named them not , but by his gestures it was well known that he meant . them . After this he sayd to Corronell Harrison , ( who was a member of the House , ) " Call them in , " then Harrison went out , and presently brought in ...

43 other sections not shown 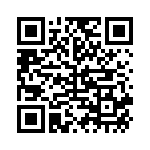