Page 119
Jarndyce , ” as is well known , he had in view a monstrous Chancery suit relating to the Jennings ' property , which had dragged on in the Courts for years , and in the end left nothing for the claimants .
Page 296
John Lyly , however , although he invented the name , did not originate the sentiment which he called euphuism ; for the beginning of that curious affectation we must go back to the days of chivalry , to the courts of love , those ...
Page 368
We go up Wine Oftice Court , and there it stands with its blinking windows and somewhat shaky walls . wonder , too , for it carries its two hundred years or so bravely enough , and , like its extinct neighbour , the Cock , witnessed the ... 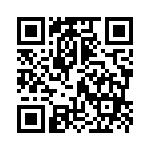