I need soft copy of that book.

90 other sections not shown

Douglas A. Skoog (deceased) earned a B.S. in chemistry from Oregon State University and received his Ph.D. in analytical chemistry from the University of Illinois. The lead author of several best-selling texts, Dr. Skoog was the 1999 recipient of the American Chemical Society award in analytical chemistry, sponsored by the Fisher Scientific Company. That same year, he was named a Fellow of the American Association for the Advancement of Science. In 1993, he received the ACS Division of Analytical Chemistry Award for Excellence in Teaching. He was a Professor of Chemistry at Stanford University.

F. James Holler is a Professor of Chemistry and recipient of the Alumni Association Great Teacher Award at the University of Kentucky. He received his Ph.D. from Michigan State University. In addition to his role as co-author of several best-selling texts, he is co-creator of the world-famous Periodic Table of Comic Books. 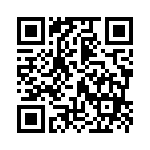