A very nice and outstanding actor, Shatroghan Sinha. I am a great fan of him.

Excellent to read such the beautiful journey of an extra ordinary and magician personaLITY.....SHATRUGHN SINHA.......and the magestic story of the eminent and proficient personality of the country whose prediction is proved same as the position of the pole star .......PT.VISHNU KANT JHA............IT is thrilling for me because i have listened a lot about him and i makes hats off to him..... 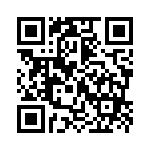