This increasingly influential book advocates a view of the Earth as a single, self-regulating organism, with the non-living environment being described as intimately related to and even regulated by the living biosophere. Read full review

A really interesting book, and hypothesis. I first noticed this theory, funnily enough, after watching the excellent miniseries 'Edge of Darkness' and some of the writing involved with talking about ... Read full review

James Lovelock is an independent scientist, inventor, and author. He was elected Fellow of the Royal Society in 1974 and in 1990 was awarded the first Amsterdam Prize for the Environment by the Royal Netherlands Academy of Arts and Sciences. One of his inventions is the electron capture detector, which was important in the development of environmental awareness. It revealed for the first time the ubiquitous distribution of pesticide residues. He co-operated with NASA and some of his inventions were adopted in their programme of planetary exploration. 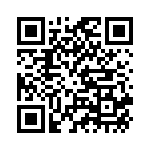