Page 24
been small , and while it has contributed , in a few periods , to a useful increase
in total population , the growth of numbers by immigration in peak years has
rarely contributed more than 10 per cent of the total population increase , and it
has ...
Page 25
In respect of this increasing urbanization of the Chilean population , both by
natural growth and migration , Concepción , Santiago , Talcahuano , and Vińa
del Mar are now growing most rapidly in proportion to their population , while
Valdivia ...
Page 38
In 1921 , the Communist Party was formed , and its rapid growth in the fertile soil
of the industrial labour force of Santiago , the Lota coalfield , and the northern
mining camps , and its partial control of the trade unions , soon resulted in it ... 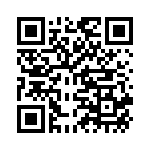