Orwell is one of my favorite authors. His bio proves to be just as interesting as the stories he created. Must read. Read full review

Gordon Bowker has written highly acclaimed biographies of Malcolm Lowry (a New York Times Recommended Book of the Year) and Lawrence Durrell, and articles and reviews for the Observer, the Sunday Times, the New York Times and the Times Literary Supplement. 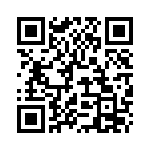