Page 98
To Johnston Boswell conceived the fortunate idea of writing a weekly journal
letter , and it is the complete series of ... that is in his private memoranda , such as
perforce take the place of the elaborately written and long - lost journal in Holland
.
Page 219
When Ellen Terry's son , Gordon Craig , became a father , she , writing to Shaw ,
said that no one would write a play for a grandmother . Shaw immediately , on
May 3 , 1899 , began to write a play to prove the contrary . The memory of Brazil ...
Page 342
in what was perhaps his first letter to Boswell , written to him at Utrecht in 1763 ,
he sets down , perhaps rather ... been in the country , ... topicks with which those
letters are filled which are written only for the sake of writing , I seldom shall think
...

70 other sections not shown 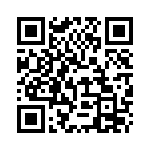