Hello prof,
Excellent sir, explanation of tamil pronunciation in first segment impressed me.
" ...continuing until today, the ideal king has been a hybrid figure." Refers Whom?

George L. Hart is a professor in the Department of South and Southeast Asian Studies at the University of

Hank Heifetz is a poet and translator from the Spanish, Sanskrit, and Tamil. 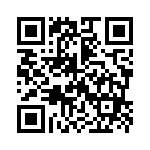