I read Berman's Coming to Our Senses about thirty years ago and remember it having a large effect on my thinking. I finally got around to reading this earlier book. It really resonated with my ... Read full review

The book was read in the hopes that one might find it a plea for the treatment of the world as an integrated system, but I didn't find it that engaging, or particularly focused. Read full review

Morris Berman is an Independent Scholar and Visiting Professor in Sociology at the Catholic University of America. His books include Coming to Our Senses, Wandering God, The Twilight of American Culture, and Dark Ages America. 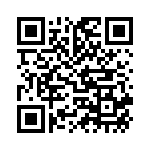