Popular books explain complex concepts in simple words. Technical books provide theoretical justification for scientific concepts. In my modest opinion, this book pretends to be a popular and a ... Read full review

A feast for any physicist, or anyone who wants to learn the depth and beauty of physics, etc. as we know it. Not dumbed down at all. Throws every subject imaginable at you. If you can understand it ... Read full review

Born in England, the son of a geneticist, Roger Penrose received a Ph.D. in 1957 from Cambridge University. Penrose then became a professor of applied mathematics at Birkbeck College in 1966 and a Rouse Ball Professor of Mathematics at Oxford University in 1973. Penrose, a mathematician and theoretical physicist, has done much to elucidate the fundamental properties of black holes. With Stephen Hawking, Penrose proved a theorem of Albert Einstein's general relativity, asserting that at the center of a black hole there must evolve a "space-time singularity" of zero volume and infinite density, in which the current laws of physics do not apply. He also proposed the hypothesis of "cosmic censorship," which claims that such singularities must possess an event horizon. In 1969 Penrose described a process for the extraction of energy from a black hole, as well as how rotational energy of the black hole is transferred to a particle outside the hole. In addition, Penrose has done much to develop the mathematics needed to unite general relativity, which deals with the gravitational interactions of matter, and quantum mechanics, which describes all other interactions. 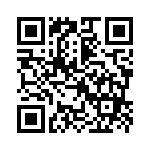