Robert Holden is a landscape archtiect and heads the professional post-graduate programs at the University of Greenwich. For the last 30 years he has been based mainly in London wheere he has worked with large practices such as Derek Lovejoy and Partners. His experience also includes work on projects in Spain, the Middle East, France, and the Netherlands, most notably with Alain Provost in Paris and the Dutch State Forestry in the 1970s. In recent years he has practiced with smaller groups and writes widely in the British and American technical press. He is Vice President of the European Foundation for Landscape Architecture. 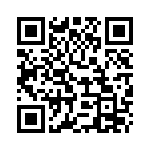