G.SHANANJAYAN DESERVES ALL THE MERITS THAT ONE CAN THINK OF. HIS COLLECTIONS IS SIMPLY GREAT AND HIS INDEPTH ANALYSIS OF TAMIL CINEMA IS GREAT EFFORT DEVOTED TO THE THE FIELD OF TAMIL CINEMA. I TOO HAVE SOME COLLECTION OF SOME OF THE ADVERTISEMENTS THAT HAD COME DURING THE PERIOD THAT HE HAS DELT WITH. THEY ARE FOR SALE AND CAN CONTACT ME OVER LANDLIE 04424936152 OR CELL

hi... just came across this wonderful collection....
a small request to the author...
paruthiveeran art director is JACKI and not ram sudharshan as mentioned in ur book...
IF possible kindly correct it....

G. Dhananjayan (GD) is currently Chief of South Business, Studios of Disney India, Indias biggest motion pictures company, responsible for driving the film business in South Indian languages since January 2011. He has an MBA in Marketing after graduating in Mathematics and Computer Science and has worked with professional organizations for 28 years.
GD has produced, marketed and distributed 17 films for Disney India so far and many of them were commercial success and critically appreciated. He is respected for his professional working, his understanding of the film industry and its working by film makers, media and producers in South India. He has one of the largest followers network in social media among the Producers in South India, reflecting the kind of credibility he has earned from people interested in cinema.
GD can be reached at dhananjayang@gmail.com 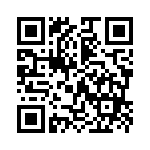