Page 88
Moufl'et's treatise. or fresh-water polypus, an animal originally discovered by
Leuwenhoeck, and described by him in an early volume of the Transactions,
drew the attention of naturalists. It was found that it could be propagated
indefinitely by ...
Page 105
... but of accurate consequences deduced from the structure already known, and
especially'from the valves of the veins discovered by his master Fabricius, which
probably led Harvey at first to turn his attention to this important subject.
Page 261
titled to any attention, that one Dr. Craig, a Scotchman, coming out of Denmark
into his own country, called upon John Napier, Baron of Merchiston, near
Edinburgh, and told him of a new invention, in Denmark, by Longomontanus, to
save ... 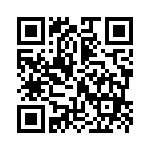