Page 58
With the single exception of Tasmanla there are no large islands of the coast of
Australia . The principal smaller islands are Kangaroo Island , off the coast of
South Australia ; stradbroke and Great Sandy Island , of the east coast of
Queensland ...
Page 523
NEW ZEALAND Capital , Wellington , in the North Island . Tho Dominion of New
Zealand , onclally established as a Colony in 1840 , consists of thre . main
islands in the Bouth Pacific Ocean , about 1,200 mllos to the east of the
Australian ...
Page 544
Thirty - ofth Assembly Districts of the Parts of the Fifth , Tenth , Eleventh , County
of New York , the ThirtyTwelfth , Sixteenth , Seventeenth and third Assembly
District , North BrothEighteenth Assembly Districts of the er Island . South Brother
... 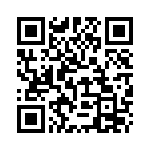