Sathya Saran is one of India's best-known journalists and editors. As editor, she made Femina the most successful fashion and lifestyle magazine in India. She is author of the critically acclaimed and bestselling biography Ten Years with Guru Dutt: Abrar Alvi's Journey. She is currently working on a number of books in her capacity as consulting editor with HarperCollins India. 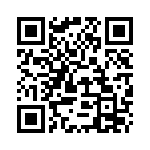