Page 142
Iohn earle of Arundell was taken on S . Hughs day , in the parts about
Shrewesburie , and the same day seuennight before the execution of the earle of
Glocester , Hugh Spenser the yoonger , as wel the said earle , who had beene
euer a ...
Page 145
of corter and suchheike , stigh remooning with Iohn Matreuers , who receiuing
him of the earle of Leicester the third of Aprill , conueied him from Killingworth
vnto the castell of Berkley , situate not farre off from the riuer of Seuerne , almost
the ...
Page 146
Iohn Matreuers , repenting himselfe , laie long hidden in Germanie , and in the
end died penitentlie . Thus was king Edward murthered , in the yeare 1327 , on
the 22 of September . The fame went that by this Edward the second , after ... 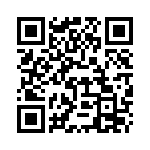