Page xx - Virtual communities are social aggregations that emerge from the Net when enough people carry on those public discussions long enough, with sufficient human feeling, to form webs of personal relationships in cyberspace
Appears in 177 books from 1993-2008

Howard Rheingold, an influential writer and thinker on social media, is the author of Tools for Thought: The History and Future of Mind-Expanding Technology, The Virtual Community: Homesteading on the Electronic Frontier (both published by the MIT Press), and Smart Mobs: The Next Social Revolution. 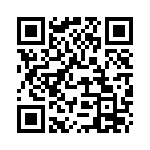