Roberto J. González is Associate Professor of Anthropology at San José State University. After receiving a bachelor’s degree from the University of Texas, Austin, in 1992, he began his graduate studies in anthropology at the University of California, Berkeley. He received his PhD there in 1998. His doctoral research analyzed the agricultural theories and practices of subsistence farmers in southern Mexico. His first book, Zapotec Science: Farming and Food in the Northern Sierra of Oaxaca (2001) is based upon this work, and it won the first annual Julian Steward Award from the Anthropology and Environment Section of the American Anthropological Association. More recently, Dr. González has published an edited volume, Anthropologists in the Public Sphere: Speaking Out on War, Peace, and American Power (2004) and the book American Counterinsurgency: Human Science and the Human Terrain (2009). He has written many articles in academic journals and other periodicals, including the Los Angeles Times, the San Francisco Chronicle, In These Times, and Z Magazine, and he has been interviewed for programs produced by National Public Radio and the British Broadcasting Corporation, among others. He is a founding member of the Network of Concerned Anthropologists. 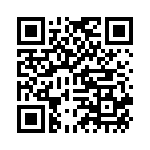