John E. Ingram is Chair of the Department of Special and Area Studies Collections at the George A. Smathers Libraries of the University of Florida. 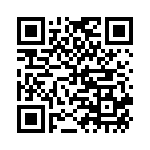