Page 182
Early contacts, for example, are affected by the operation of impersonal factors,
such as the spatial and the social distance between two individuals; later
contacts seem affected most by the quality of a pair's interaction (Levinger &
Snoek, 1972 ...
Page 316
A. Levels of Relatedness Levinger and Snoek (1972) identify three levels of
relatedness through which relationships evolve: unilateral awareness, surface
contact, and mutuality. Scanzoni also identifies three levels, or stages, in
relationship ...
Page 319
Indeed, the ultimate relationship reward may eventually become a satisfying
relationship, "a common property to be enjoyed, protected, and enhanced [
Levinger & Snoek, 1972, p. 14]." We conceptually integrate the relationship
progression ...

63 other sections not shown 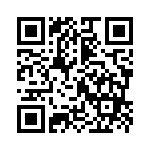