Page 228
It would , in fact , be very difficult indeed to think of any natural phenomenon that was less like the earth , less like the busy haunts of mankind , less sensible , less poetical , than a mole - hill . Yet with the word ant actually ...
Page 300
The political and fiscal mistakes of the Spanish administration were those of their epoch , and were common , in a greater or less degree , to all the European powers ; other nations have also passed through calamitous wars , and have ...
Page 511
A similar fact is stated by Mr. Blandford , Meteorological Reporter to the Government of India , viz . , that the snowfall on the northwestern Himalayas and the hills of Eastern Afghanistan was less than usual during last winter . 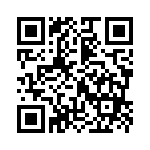