Page 51
His most detailed case for the material /social contrast is set out in chapter 4,
where he cites four passages from, respectively, Wage Labor and Capital; The
Poverty of Philosophy; the Grundrisse; and Capital, volume 3. In these passages,
a ...
Page 64
Similarly, he cites Engels' claim that justice is "but the ideologised, glorified
expression of the existing economic relations" and is like "social phlogiston" (13).
Overall, Lukes concludes: "Objectivity, in the sense of perspective-neutrality, was
for ...
Page 87
36), Nielsen cites John McMurrry's work (1978) as evidence for the ideological-
superstructural distinction, claiming that "It is important to recognize, McMurtry
claims, that, for Marx, for beliefs to count as 'ideological,' they must be social ... 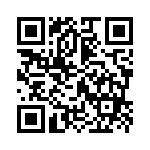