The plays of Shakespeare: a thematic guide

Cahn (English, Skidmore Coll.; Shakespeare the Playwright) discusses 35 recurring motifs in Shakespeare's plays, each in a different chapter and illustrated by examples from eight to ten plays ... Read full review

VICTOR L. CAHN is Professor of English at Skidmore College, where he teaches courses in the history of drama, Shakespeare, and modern drama. Dr. Cahn's book Shakespeare the Playwright: A Companion to the Complete Tragedies, Histories, Comedies, and Romances (Greenwood 1991 & 1996) was selected as an Outstanding Academic Book by Choice. He has also written studies of contemporary British dramatists Tom Stoppard and Harold Pinter, and his numerous articles and reviews have appeared in such diverse publications as Modern Drama, The Literary Review, The New York Times, and Variety. An actor by avocation, Dr. Cahn is the author of several produced plays. 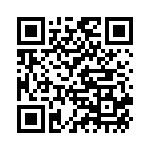