this is life of cm to wil be pm

Badri Narayan is a social historian and cultural anthropologist and currently lecturer of social and cultural anthropology at the G.B. Pant Social Science Institute, Allahabad. His interests lie in popular culture, social and anthropological history, Dalit and subaltern issues and the relationship between power and culture. He has been a Fellow at the Indian Institute of Advanced Study, Shimla (1998–99). The Indian Council of Social Science Research (1995) and the University Grants Commission, New Delhi (1989–93). He has also been Visiting Fellow at the International Institute of Asian Studies, University of Leiden, The Netherlands (2002) and HGIS Fellow at the Royal Tropical Institute, Amsterdam (2001). He was a recipient of the Fulbright Senior Fellowship (2004–5) and the Smuts Fellowship, University of Cambridge (2005–6). Besides having written a number of articles both in English and in Hindi, he has authored Documenting Dissent: Contesting Fables, Contested Memories and Dalit Political Discourse (2001) and edited (with A.R. Misra) Multiple Marginalities: An Anthology of Identified Dalit Wrintings (2004). 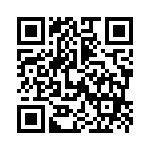