Page 43
Actually, there are nearly twice as many that may be lethal to men, but only four
are common, the cobra, the common krait and two vipers: five is a compromise
number and will serve even to indicate the rarer kinds. The Indian cobra,
naturally, ...
Page 15
there were four candidates in each, and in 37 there were five. But, by and large,
the principal contestants never numbered more than three or four and the
presence of the rest did not really make much difference to the contest. These
principal ...
Page 10
Three big halls connected by long corridors of four towers and many gables,
ornamental ceiling panels and the wood works, coloured panels and artistically
painted walls, both inside and outside, constitute the main scheme of the building
. 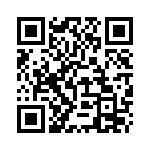