Page 887
To our Miscellany the Major cal remains on Stanton and Hurtle moor , was a frequent contributor both by his in the Peak , 1. 110. Farther illuftrations pen and his pencil . To the student in of Druidical remains , VI . 175.
Page 937
Xerxes , and the remains are still to be of large fones , as irregular as the feen , as those of Tichorća , Lilća , other , but shaped to fit into one anoa Charavira , Delphi , & c . In Bćotia ther with astonishing , nicety : A very ...
Page 1057
Alaph , whose remains were so recently ment and honour - the Country † at deposited under this facred Altar ; it may large acknowledged his merits ; and truly tend to our instruction and amendment discerning Pations I , thiough the ... 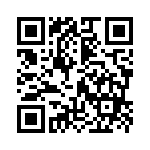