The writer has researched all streams of current research focussed on Sikhs and Sikhism, for writing this book. He presents the positives and negatives of various arguments employed by the scholars working in the Western as well as Indian academia. The writer conclusively discredits Harjot Oberoi's approach. The writer is also very clear about Sikhism's distinction from Hinduism & Islam (in the introduction to section titled "The Sikh Panth: From Nanak-Panth to Khalsa Panth" -- I must add that I only read that part of this section which is available in the Google preview).
I think overall, based on my reading of sections available in Google Preview, this book seems a very good effort at understanding the issues of Sikh identity and the events of 1980s and 1990s in Punjab.

Giorgio Shani is Associate Professor of Politics and International Relations at the International Christian University, Japan. He is co-editor of Protecting Human Security in a Post 9/11 World (2007), and has published widely in leading academic journals including International Studies Review, The Cambridge Review of International Affairs, South Asia Research and Studies in Ethnicity and Nationalism. 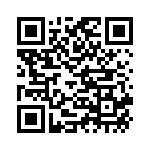