Peter Abbott is a retired university lecturer. He has written or co-authored a number of Men-at-Arms titles for Osprey, including Men-at-Arms 379: Armies in East Africa 1914–18. He is particularly interested in 19th- and 20th-century armies that are less well known to the English-speaking reader.

Raffaele Ruggeri was born in Bologna where he works and lives with his wife. After studying at the Fine Arts Academy he worked in several areas of graphics and design before deciding to devote himself to illustration. He has long been interested in military history and has illustrated a number of books for Osprey. 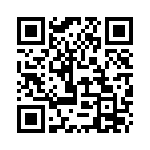