Boston University professor Glenn Loury was educated at Northwestern University and the Massachusetts Institute of Technology. Loury has taught at Harvard University, Northwestern University and the University of Michigan. He is currently on the commission for the National Academy of Science and was elected vice president of the American Economics Association in 1997. Loury has contributed writing to The New York Times, Wall Street Journal, Washington Post and National Review. He also is an editor for The New Republic. Loury's book "One by One, From the Inside Out: Essays and Reviews on Race and Responsibility in America," which won the 1996 American Book Award and the 1996 Christianity Today Award. He has also received a Guggenheim Fellowship. 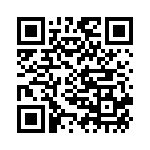