James Lovelock is an independent scientist, inventor, and author. He was elected Fellow of the Royal Society in 1974 and in 1975 received the Tswett Medal for Chromatography. In 1988 he was a recipient of the Norbert Gerbier Prize of the World Meteorological Organization, and in 1990 wasawarded the first Amsterdam Prize for the Environment by the Royal Netherlands Academy of Arts and Sciences. Further awards include the Nonino Prize and the Volvo Environment Prize in 1996, and Japan's Blue Planet prize in 1997. Her Majesty the Queen made him a CBE in 1990. One of his inventions isthe electron capture detector, which was important in the development of environmental awareness. It revealed for the first time the ubiquitous distribution of pesticide residues. He co-operated with NASA and some of his inventions were adopted in their programme of planetory explanation. 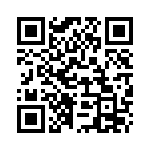